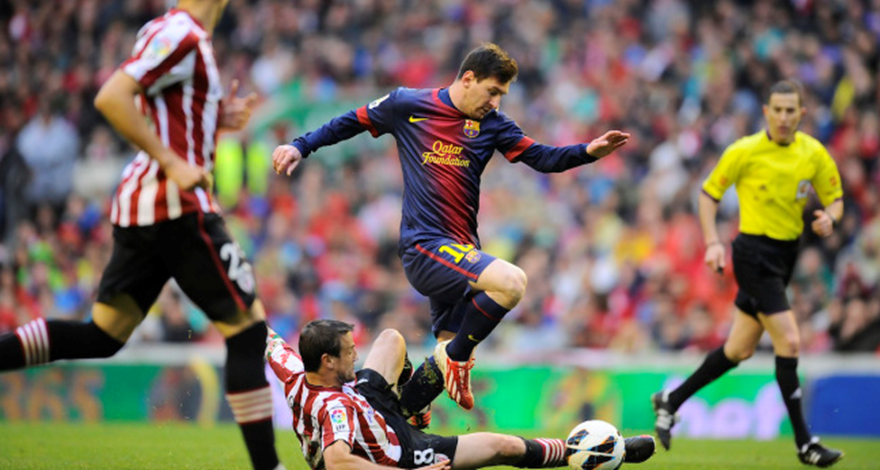 Recent debate about Jose Mourinho’s description of Manchester United as the “unluckiest” team in the league has brought out one of the oldest debates within football analytics – is the amount a team over or under performs its expected goals difference solely ‘luck’?

It’s obvious why such a description might be uncomfortable: it relies on the underlying assumption that our models are perfectly capturing what should lead to a goal. To decipher the extent to which teams have been lucky or unlucky, we first must evaluate what we might have expected them to return given their chances.

Due to this, the difference between what our model expects and what happens contains two distinct pieces of information – ‘luck’ and ‘random error’. Teasing the two apart is near impossible, unless our model gets so good that the random error reduces to a satisfactory point.

With current expected goals models, there is a lot that is not being captured. One of the most obvious variables is defensive pressure, the level of pressure on the player taking the shot. Luckily for us, this is something that our data partners Stratagem have begun to pioneer the recording of. This blog is the first of an exploration of what exactly it, and the other variables coded by Stratagem, add to the conversation.

This post will look at the level of defensive pressure faced by teams on their shots taken. Penalties were excluded from the sample, which includes chances that have been marked by Stratagem as low quality or better.

This is not quite as surprising a finding as it may at first seem – clubs may have different strategies for creating chances home and away, and as must be repeatedly be stressed, this is still a relatively small sample of shots to base such analysis on.

The team that stuck out to me most from separating shots taken home and away was West Bromwich Albion, who are top for pressure faced away, but 4thfrom bottom in shots taken at home.

A simple subtraction of mean away pressure from mean home pressure allows us to see both sides of this effect. Where West Brom face markedly more pressure on shots taken away from home, Stoke City are the opposite, facing much less away than they do at home. What is also interesting here is the even spread of teams.

Taking expected goals numbers from David Sumpter’s recent articles on ‘luck’, I wanted to check briefly for a relationship between how much an attack has been overperforming and the average defensive pressure it faces. As it turns out, there is a faint correlation.

This suggests that at least some of what is missing from expected goals models is defensive pressure, though this is hardly surprising. This variable is likely to be more noticeably important when comparing an xG model without it to one that has it marked on every shot. As Stratagem only started marking it on chances above low quality this June, we’ll have to wait a bit before we can test that out properly.

This blog was written using data from StrataBet, the sports trading platform that covers more than 6000 games from 22 competitions every season.

« Holistic Recruitment: Who Should Swansea City Sign?
On the lexicon of expected goals »